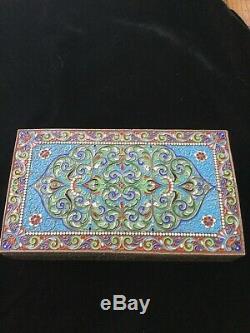 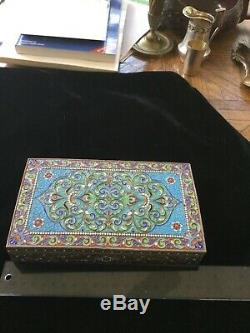 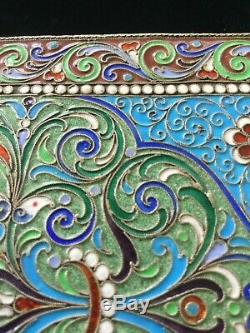 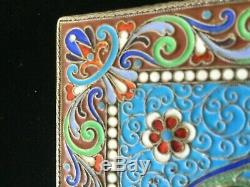 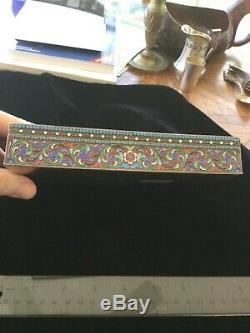 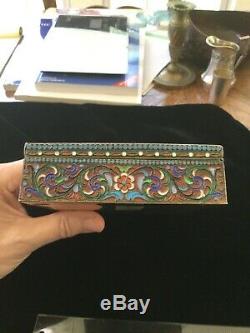 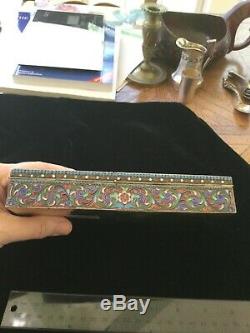 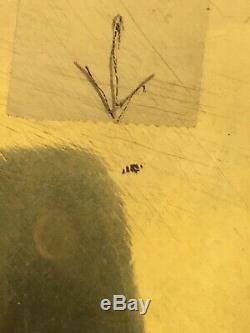 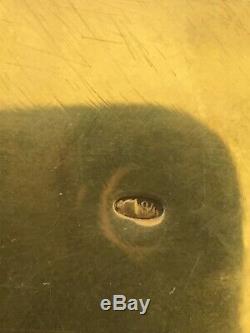 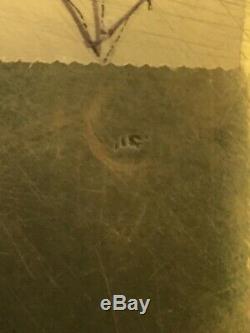 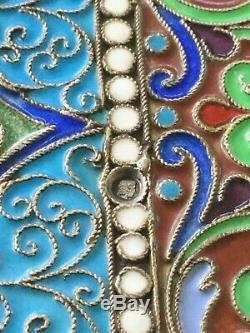 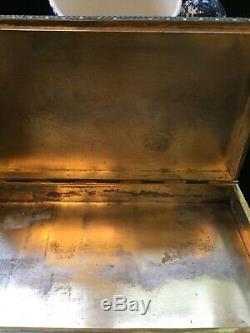 Fantastic very heavy 28 ounces Imperial Russian table cigarette or cigar box. The workmaster appears to be Pavel Ivanovich Zhdanov whose initials are P Zh which are on the bottom of the box. The makers Mark is hard to see but that is what it is. He according to Postnikova-Loseva (the Russian bible on Russian silver marks) was the owner of a workshop and trade institution in Moscow from 1896 to the beginning of the 20th Century which explains the use of unusual experimental colors such as the spackled green and muted brownish maroon along with a sapphire blue in the corners. In the 43 years I have been collecting and dealing in enamels I have never seen these colors. The craftsmanship and choice of unusual colors is similar to pieces from the Imperial Strognoff Institute. Petersburg which accounts for the St. Petersburg mark on the bottom of the box. This is an extraordinary piece from an important and old collection. The item "Russian Imperial Enamel table cigarette cigar box" is in sale since Wednesday, May 6, 2020.