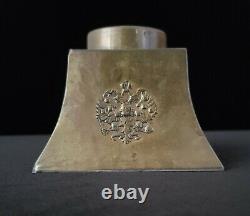 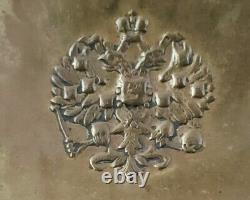 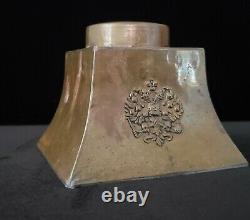 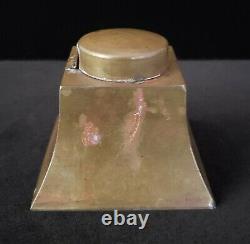 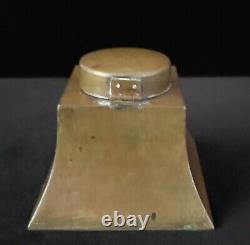 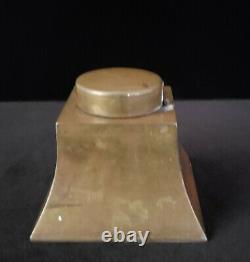 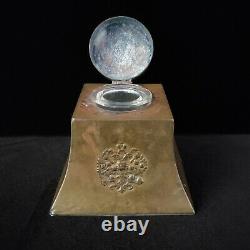 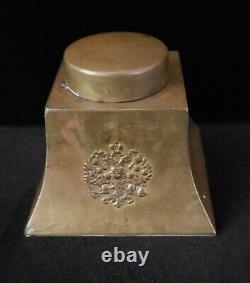 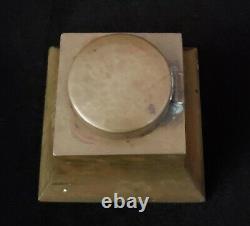 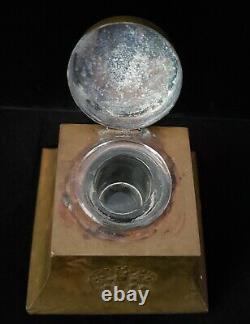 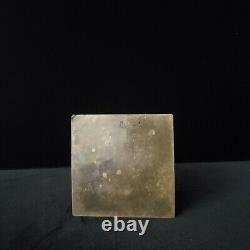 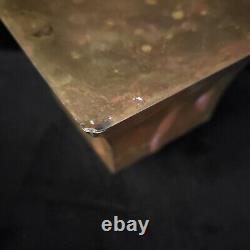 Hand blown glass inkwell insert. Imperial Russian Coat of Arms inkwell measures approximately 3.25" square x 2.75". Slight ding to base corner, as pictured. Nicholas II or Nikolai II Alexandrovich Romanov 18 May O. 6 May 1868 - 17 July 1918, known in the Russian Orthodox Church as Saint Nicholas the Passion-Bearer, was the last Emperor of Russia, King of Congress Poland and Grand Duke of Finland, ruling from 1 November 1894 until his abdication on 15 March 1917. During his reign, Nicholas gave support to the economic and political reforms promoted by his prime ministers, Sergei Witte and Pyotr Stolypin. He advocated modernization based on foreign loans and close ties with France, but resisted giving the new parliament (the Duma) major roles. Ultimately, progress was undermined by Nicholas's commitment to autocratic rule, strong aristocratic opposition and defeats sustained by the Russian military in the Russo-Japanese War and World War I. This item is in the category "Collectibles\Historical Memorabilia\Royalty Collectibles".