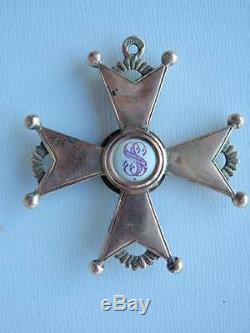 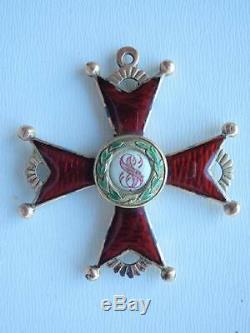 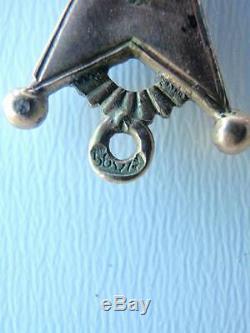 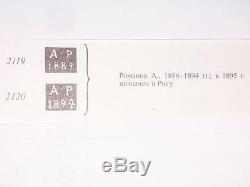 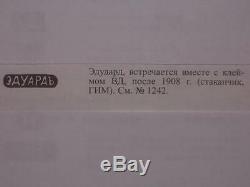 Fine and Rare Imperial Russian Order of Saint. Third Class breast Badge, 40 mm x 40 mm. Gold and enamel, the cross with red enamel on the front, and gold on the reverse.

The front and reverse center with gold and enamel SS St. Hallmarked on upper arm with maker's mark of'I.

And on the bottom arm, famous company "EDUARD" in Cyrillic of St. In Cyrillic, for Alexander Romanov. The order of Saint Stanislas was founded on May 7, 1765 by Stanislaus II, the last King of Poland. The order of Saint Stanislas passed through several phases before becoming a Russian Order in 1831, after the Polish rebellion of 1830 had been suppressed by the Russian Army.

The badge of the Order was gold rimmed, dark red enemel. This order is eight-pointed cross, each point has ball tipped. Center medallion is white enamel and portrays in red the. Stanislas surrounded by a green gold laurel wreath. Good condition, only between each arm of the cross, missing eagles, see photos!

This item is in the category "Collectibles\Militaria\WW I (1914-18)\Original Period Items\Russia". The seller is "antique-russian" and is located in Las Vegas, Nevada.