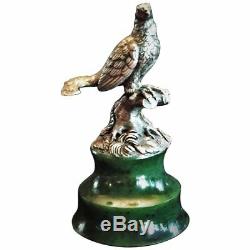 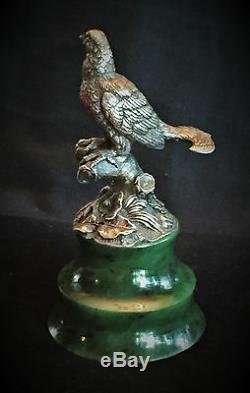 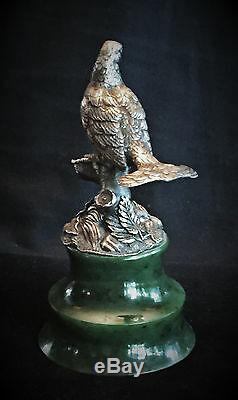 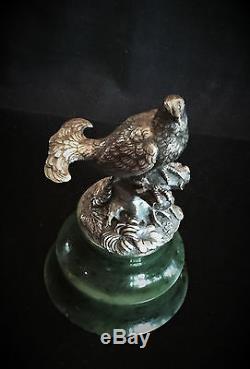 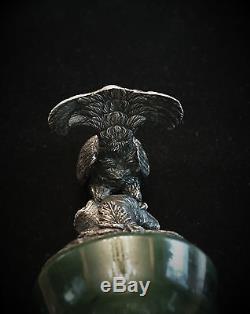 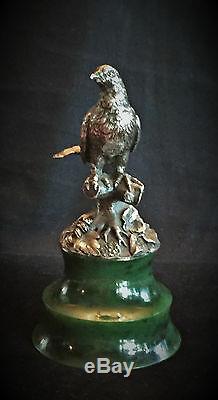 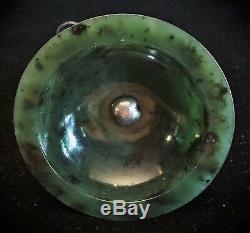 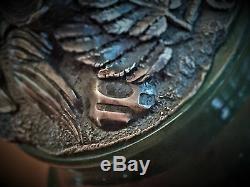 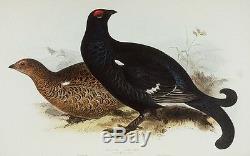 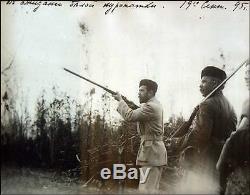 For Rarl Faberge, St Petersburg, Circa 1900. Igural silver paper weight in form of a naturalistically cast male Black game, or Black grouse with its unique lyre-shaped tail, on the round nephrite base. Arked in Cyrillic, the workmaster's initials I.

His workshop contributed to a range of objects, from animal sculptures to large dinner services. In the early 1890s he converted to Lutheranism and changed his name to Julius.

Following his retirement in the early 1900s he left the fully equipped workshop to his workmen which became the First St. Eyond these few facts we know little, but Rappoports material legacy compensates for his biographical obscurity. In fact, Rappoports silver is so revered that connoisseurs of Fabergés oeuvre often comment that his silver production was among the finest pieces produced by the Fabergé workshop. N all probability, this elegant desk accessory, perhaps as a "mémoire" of a hunting trophy, had once adorned the desk of a passionate hunter, and clearly not a poor man! Ince ancient times, hunting played a major role in the life of the Romanov dynasty emperors and Russian nobility.

Many autocrats of this dynasty were passionate hunters, but especially seriously addicted to hunting were three of them: the emperors, Alexander II, Alexander III and Nicholas II. Any simply believe that kings hunted only large animals - bears, elk, wild boar, deer and bison. This is certainly not the case. Russian tsars loved many types of hunting, including game birds and especially the hunting for black grouse, found in the dense forests of central Russia in great abundance.

Hunting was the main type of "haute société" recreation and leisure activities. At the beginning of the XIX century the Imperial hunting grounds were transferred from St. Then later, in 1858 they were transferred once again - this time to Gatchina, where they were located during the reign of Emperor Nicholas II, from1894 to 1917. S for the personal involvement of the last Russian sovereign in the hunt, we read in his diaries for 1907.

Total killed: 5 grouse, 1 black grouse and 4 hare. Please observe photos carefully, as they are a significant part of the description. Any potential defect shown in the photos, but not mentioned in the description will be considered as described. We guarantee the authenticity of all items to be as represented.

Ashville Fine Arts Gallery specializes in a variety of fine art, antiques, jewelry, collectibles and rare finds. If you haven't seen something that interests you or that you collect, please visit often and check our ever expanding inventory.

Make a best effort to provide a fair and descriptive condition report. Examine the photos attentively, as they are an integral part of item descriptions. Domestic & International Customers are Welcome! All items are carefully packed and insured. The item "Julius Rappoport, Imperial Russian Silver & Nephrite Paperweight, Ca.