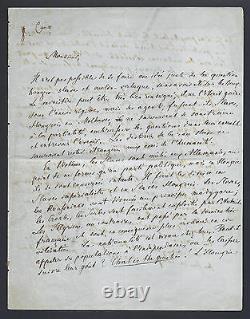 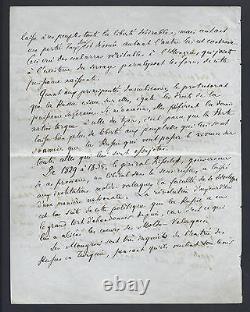 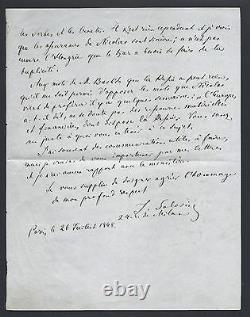 Bibelotslondon Ltd is a UK registered company based in London Bridge dealing in ephemera and curiosities from Britain and around the world. Our diverse inventory is carefully chosen and constantly evolving. We work very hard to offer the highest quality works at competitive prices. Our inventory is listed online, and we strive to keep our website completely up to date, so our customers can easily check availability. We believe in offering clients items that are unique and rare for aficionados of the antique and collector's world. Bibelot is a late nineteenth century word derived from the French word bel'beautiful', meaning a small item of beauty, curiosity or interest. The word ephemera is derived from the sixteenth century Greek word ephmera meaning a printed or hand written paper not meant to be retained for a long period of time. He had served in the Ministry of Foreign Affairs and became disillusioned with Russia and Tsarist autocracy.

He went into exile in the 1840's to Britain and then France, where this letter was written. In 1846 from exile in London he published a lengthy study entitled'Russia under the Autocrat Nicholas the First' in which he lambasted Tsarist despotism and its negative affect at home and abroad.

He came from an aristocratic family with a long tradition of state service and had been emloyed briefly under Chancellor Nesselrode before he went into exile. He declared Tsar Nicholas I as "the declared enemy of liberty". The Tsar tried Golovin in absentia for publishing such things and he was stripped of his rank and nobility and sentenced to penal servitude if he ever set foot on Russian soil.

It is not possible to get a fair idea of?? The Hungarian- Slavic and Moldavian- Wallachian issue without having been at the scene. The Minister (department) can be very well informed, it was not under the old regime, but the agents were they Slavs, Hungarians and Moldovans can not escape to the bias, embrace (look at) issues as a whole and look at the future. The intended Slavic race can not remain foreign to the?

In Bohemia, the Slavs have been led by the Germans, to the point of forming a political party but in Hungary they have kept themselves intact. One must divide them as Imperialist Slavs and Hungarian Slavs. The Slovaks, the Romanians are devoted to the madgyare principle ; the Croats, the Serbs are easily exploited by Austria. The Illyrians, however, went through the French domination and are more advanced civilization wise. Nationality is alive in all.

Should we call people to independence, or let them follow their desires (taste)? Hungary lets these people all the freedom they wish for (desirable), but as much as one part of them is devoted to it (Hungary) the other is opposed to it. This causes real discomfiture to Hungary, which linked to the existence of serfdom paralyzes the strengths of this emerging power. As for the Danubian principalities, the protectorate that Russia exerts on them, equals the rights of the suzerain power. If nevertheless, they prefer the Turkish destination to that of the Czar, it is because the door leaves much more freedom to the people which they are subjected to by Russia.

From 1829 to 1835, the General Kisseleff, governor of these provinces, a liberal in the Russian sense, has left the Moldavian-Wallachian institutions the possibility to develop themselves in a national way. The revolution of today is the result of this policy which Russia has had the great harm to abandon since, because that is what has alienated the hearts of the Moldavian- Wallachian people. The Hungarians are very concerned about the entry of Russians in Turkey, thinking that they want to support the Serbs and Croats. However there is nothing to worry, and I believe that the assurances made by Nicolas are sincere ; it is not towards Hungary that the Czar needs to be duplicitous.

In the words of M Batside that Russian cannot do anything, let me oppose the words that Nicolas has just proffered a few weeks ago! Europe he said, has no idea of the natural and financial resources that Russia has. You know exactly where your stand is. I often have useful communications to write but I worry to bother you with my letters and I have no involvement with the ministry.

I beg you to dare accept the homage of my profound respect. Size: 24.5 x 19 cm approx. Photos form part of the description. This item is in the category "Collectables\Autographs\Uncertified Originals\Historical". The seller is "bibelotslondon" and is located in this country: GB.