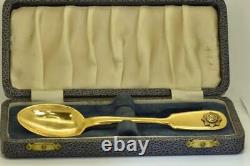 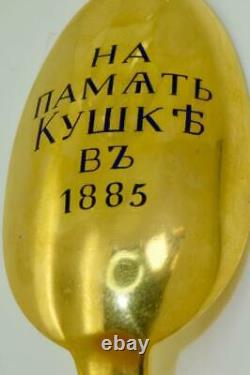 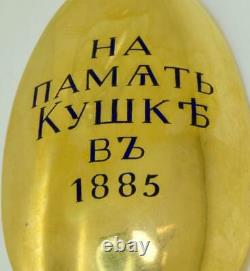 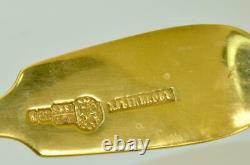 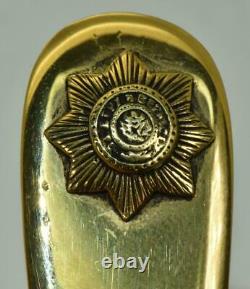 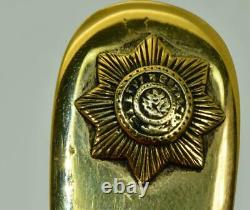 The spoon is decorated with the miniature star of the highest ranked Imperial Russian Order of St. The spoon comes from the estate of Mushanov's family. Hand engraved Russian text covered with blue polichrome enamel, translated as :"In memory of Kushk in 1885" Extremely rare and highly collectible. This is much more than a spoon-this is a piece of the history! Signed with the Khlebnikov hallmark, with the Imperial warant eagle, with the year 1886 and assay master initials , with the 84 silver hallmark, and with the St. It comes with the original luxury presentation box. Partnership Ivan Khlebnikov, Sons and Co. One of the leading Moscow jewelry firms - the Partnership Ivan Khlebnikov, Sons and Co.

Produced the most diverse products: from silverware to interior decorations of the Kremlin cathedrals. The founder of the dynasty, Ivan Petrovich Khlebnikov was born in 1819 in Moscow, in the burgher family in Luzhniki region. Practically nothing was known about his works until he established a private firm.

It might be possible that the son followed up the fathers business. Piotr Khlebnikov had been enlisted in merchantry since 1832 and was the owner of the trading and manufacturing jewellery enterprise.

This item is in the category "Antiques\Silver\Non-U. The seller is "riaerica2000" and is located in Sofia.