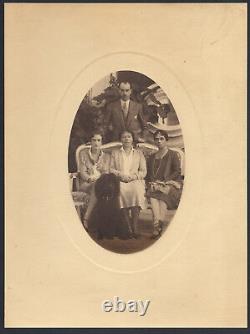 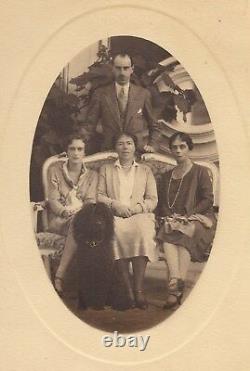 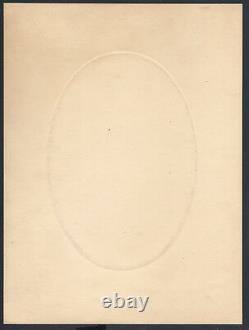 Bibelotslondon deal in ephemera and curiosities from Britain and around the world. Our diverse inventory is carefully chosen and constantly evolving.

We work very hard to offer the highest quality works at competitive prices and we may be able to source specific pieces for our clients upon request. Our inventory is listed online, and we strive to keep our website completely up to date, so our customers can easily check availability. We believe in offering clients items that are unique and rare for aficionados of the antique's and collector's world. Photographed with their pet dog whilst in exile, by Krog of Denmark in 1925. From the personal collection of Prince and Princess Felix Yusupov.

Grand Duchess Xenia was the elder daughter and fourth child of Emperor Alexander III of Russia and Empress Maria Feodorovna of Russia (née Princess Dagmar of Denmark) and the sister of Emperor Nicholas II. She married a cousin, Grand Duke Alexander Mikhailovich of Russia, with whom she had seven children. She was the mother-in-law of Felix Yusupov and a cousin of Grand Duke Dmitri Pavlovich of Russia who, together, killed Grigori Rasputin, holy healer to her nephew, the haemophiliac Tsarevich Alexei Nikolaevich of Russia. During her brother's reign she recorded in her diary and letters increasing concern about his rule.

After the fall of the monarchy in February 1917 she fled Russia, eventually settling in the United Kingdom. Her grandson Prince Andrew Andreevich has been head of the Romanov family since December 2016. Grand Duchess Olga was the youngest child and younger daughter of Emperor Alexander III of Russia and younger sister of Emperor Nicholas II. She was raised at the Gatchina Palace outside Saint Petersburg.

He died when she was 12, and her brother Nicholas became emperor. In 1901, at 19, she married Duke Peter Alexandrovich of Oldenburg, who was privately believed by family and friends to be homosexual. Their marriage of 15 years remained unconsummated, and Peter at first refused Olga's request for a divorce. The couple led separate lives and their marriage was eventually annulled by the Emperor in October 1916.

The following month Olga married cavalry officer Nikolai Kulikovsky, with whom she had fallen in love several years before. During the First World War, the Grand Duchess served as an army nurse at the front and was awarded a medal for personal gallantry. At the downfall of the Romanovs in the Russian Revolution of 1917, she fled to the Crimea with her husband and children, where they lived under the threat of assassination.

Her brother and his family were shot by revolutionaries. Olga escaped revolutionary Russia with her second husband and their two sons in February 1920. They joined her mother, the Dowager Empress, in Denmark. In exile, Olga acted as companion and secretary to her mother, and was often sought out by Romanov impostors who claimed to be her dead relatives. She met Anna Anderson, the best-known impostor, in Berlin in 1925.

She led a simple life: raising her two sons, working on the farm and painting. During her lifetime, she painted over 2,000 works of art, which provided extra income for both her family and the charitable causes she supported. In 1948, feeling threatened by Joseph Stalin's regime, Olga emigrated with her immediate family to a farm in Ontario, Canada.

With advancing age, Olga and her husband moved to a bungalow near Cooksville, Ontario. Colonel Kulikovsky died there in 1958. Two years later, as her health deteriorated, Olga moved with devoted friends to a small apartment in East Toronto. She died aged 78, seven months after her older sister, Xenia. At the end of her life and afterwards, Olga was widely labeled the last Grand Duchess of Imperial Russia.

Princess Irina was the only daughter and eldest child of Grand Duke Alexander Mikhailovich of Russia and Grand Duchess Xenia Alexandrovna of Russia. She was also the only niece of Tsar Nicholas II of Russia, and the wife of the wealthiest man in Imperial Russia, Prince Felix Felixovich Yusupov, one of the men who murdered Grigori Rasputin, "holy healer" to her cousin, the hemophiliac Tsarevich Alexei Nikolaevich of Russia, in 1916. Irina was given away by her uncle, Nicholas II, and his wedding present to her was a bag of 29 uncut diamonds, ranging from three to seven carats. [16] Irina and Felix also received a large assortment of precious gems from other wedding guests. They later managed to take many of these gems out of the country following the Russian Revolution of 1917 to use them to provide a living in exile.

Prince Andrei was the first son and second child of Grand Duke Alexander Mikhailovich of Russia and Grand Duchess Xenia Alexandrovna of Russia. He was also the eldest nephew of Nicholas II of Russia, the last Tsar. Born and raised in Imperial Russia during the reign of his uncle Nicholas II, his military career in the Russian navy and the Chevalier guards was cut short by the Russian Revolution.

He escaped the fate of many of his relatives killed by the Bolsheviks, fleeing to his parents' estate in Crimea. For a time, he was under house arrest there with a large group of family members. In December 1918, he left Russia with his wife and his father. He lived for a couple of years in France where his two eldest children were born. Eventually he settled in England in the household in exile of his mother.

His wife died during World War II and he remarried in 1942. He then moved to Provender House in Faversham, Kent which was owned by the family of his second wife. He lived quietly there as an English country squire until his death.