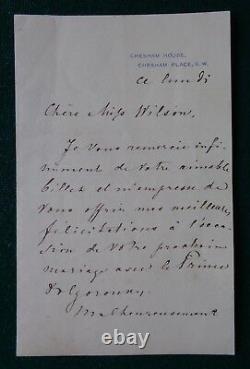 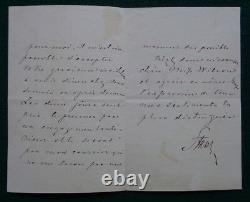 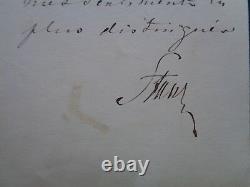 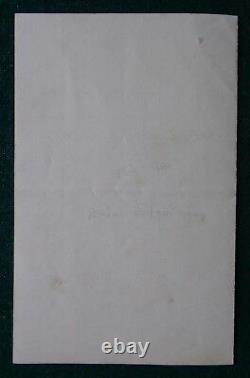 Bibelotslondon Ltd is a UK registered company based in London Bridge dealing in ephemera and curiosities from Britain and around the world. Our diverse inventory is carefully chosen and constantly evolving. We work very hard to offer the highest quality works at competitive prices. Our inventory is listed online, and we strive to keep our website completely up to date, so our customers can easily check availability. We believe in offering clients items that are unique and rare for aficionados of the antique and collector's world. Bibelot is a late nineteenth century word derived from the French word bel'beautiful', meaning a small item of beauty, curiosity or interest. The word ephemera is derived from the sixteenth century Greek word ephmera meaning a printed or hand written paper not meant to be retained for a long period of time. Thank you infinitely for your amicable note and impress myself to congratulate you on the occasion of your marriage to Prince Dolgorouky. Unfortunately for me it is impossible to graciously accept your invitation to dinner tomorrow - my two days are taken firstly with my health and secondly I have a lot of letters to reply to. Please forgive me dear Miss Wilson. Staal was a Russian diplomat, who served as ambassador to the United Kingdom from 1884 to 1902. He was born in Estonia, the son of a land-owner and was educated privately and then at the University of Moscow.

After the Crimean War, he married a daughter of Prince Michael Gortschakoff. Their daughter Theela de Staal married in 1900 Count Alexis Orloff-Davidoff. Her son Lieutenant-Commander Serge Orloff-Davidoff served in the British Navy and was married to Hon.

Elizabeth Scott-Ellis, daughter of Thomas Scott-Ellis, 8th Baron Howard de Walden. Staal entered the Russian diplomatic service at the age of 23, when he joined the Asiatic Department. He was posted to Constantinople and was attached to Prince Michael Gortschakoff during the Crimean War. After the war, he was Consul-General at Budapest until 1859, when he transferred to Athens. In 1864, he became Conseiller d'Ambassade to Constantinople. In the 1870s and early 1880s, he was Minister at several German states, including Wurttemberg, before being appointed Ambassador to the United Kingdom in 1884. He declined an offer to be Foreign Minister for Russia in 1896, owing to poor health.

He submitted his letters of recall as ambassador in October 1902. Photos form part of the description. Size: 18 x 11 cm approx. This item is in the category "Collectables\Autographs\Uncertified Originals\Historical".