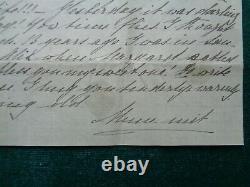 Bibelot is a late nineteenth century word derived from the French word bel'beautiful', meaning a small item of beauty, curiosity or interest. The word ephemera is derived from the sixteenth century Greek word ephmera meaning a printed or hand written paper not meant to be retained for a long period of time. Fine antique signed letter from Grand Duchess Marie.

She goes on to describe her new contact lenses for her eyes. So many unprecedented events have taken place in the last months that I feel quite dazed. First that ghastly accident with poor little Cecile, then Paulo's marriage & then dear U. It really is too much. We left for Athens on New year's day by train arriving there on the third.

Crowds of family arrived from every corner of Europe & we were all so pleased & gay & everything went off so well & was so well arranged. Poor "Liubouli" as you used to call U.

There we waited for death! I can't tell you how ghastly & sad it was. At a quarter to twelve one of the doctors came to tell us he had peacefully passed over!

Thank God he died so quickly without pain & that it took place in our country which he loved so dearly. But sad that the should have closed his eyes in an hotel, facing the dear old Palace where he was born & grew up! How strange life is & God's will inxxx!

You cannot imagine how beautiful he was when we saw him later for the first Panikhida! He looked a young man again with a marvellous smile & so happy!

The other two came too late alas, the day after. It gave me such a shock when he was placed in the Cathedral as it was exactly a month after the marriage & in exactly the same spot where the happy couple stood! On Saturday the 12th we took him to Tatoi where he was buried not far from U. Tino, in a place where he had chosen himself.

On Sunday morning the 13th I went to take leave of poor A. She had naturally not yet decided what she would do, but thought of remaining still a week & then going to Belgrade with Olga to rest a bit before leaving for Paris to to put his flat in order & give it up. She dreaded all this poor woman. On Sunday evening we two with U. Marie left by train at 8.30.

We for here the latter for Paris. We parted in Venice, where it was dreadfully cold & snowing.

We got out to get into the train for Boccee arriving at 11 o' at night in a deluge. I wrote all the description of the wedding to A. Xenia asking her to forward it to you as it was sure it would amuse you to see it.

It is too sad to think that there is one less of our generation, & only 4 left now! Yesterday came the news of Eugenia's engagement to a Prince Dominic Radziwill. I have no idea who he is, but I hope the dear child will be happy as she is a great dear with such a kind heart & disposition.

She was awfully en beaute in Athens. On our return I found piles of wires & letters, which I have steadily answering since a week. I found a sweet letter from Nancy of the 7th Feb. With such good dispositions of her doings, so well written & such nice writing.

Please hug her for it & tell her I will soon write & also send her the Greek stamps she wants. I enclose a few to start with. And how are you my darling, I hope well.

For London, where they planned to attend the wedding of. Louis, Prince of Hesse and by Rhine. The aircraft in which they were travelling crashed in flames. After hitting a factory chimney near Ostend, Belgium. Cecilie was eight months pregnant. With her fourth child at the time of the crash, and the remains of the baby were found in the wreckage; a Belgian official enquiry concluded that Cecilie had given birth mid-flight and the landing attempt was made in bad weather because of this. Grand Duchess George was the fifth child and second daughter of King George I of Greece and Olga.

Of Russia, and thus a member of the House of. She was later the king's only surviving daughter after the death of her older sister Grand Duchess Alexandra.

Grand Dukes, and stayed together on many occasions. On 30 April 1900, Maria was married in Corfu to Grand Duke George. Of Russia, a maternal cousin. He had chased after Maria, who was nicknamed "Greek Minnie" to tell her apart from the elder "Minnie" (the Dowager Empress Maria of Russia). She refused to marry unless her place in the line of succession to the Greek and Danish thrones was secured, and made it clear that she was not in love with the Grand Duke when she married him, but George hoped that her feelings would grow in time.

The couple had two daughters: Nina, born 7 June 1901; and Xenia, born 9 August 1903. As they grew older, Maria seized the opportunity to spend more time abroad, ostensibly for her daughters' health, but also to spend more time away from her husband. She was in Great Britain when World War I broke out and chose not return to Russia, living in. Where she was patron of three military hospitals, funding them generously and nursing patients herself. She became a widow on 30 January 1919, when her husband was murdered by the Bolsheviks. On 16 December 1922, Maria was remarried to Admiral. Died in her native Athens during the.

Her daughter Xenia lived for years in Long Island and was for a time married to millionaire William Leeds, son of Nancy Stewart Worthington Leeds. She took in for a few months a woman later found to be an impostor, Anna Anderson. Anderson fraudulently claimed to be Grand Duchess Anastasia. Of Russia, the youngest daughter of Emperor Nicholas II, and was forced to leave Xenia's house at the demand of William Leeds.