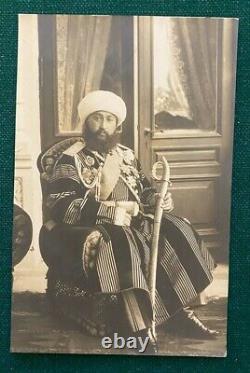 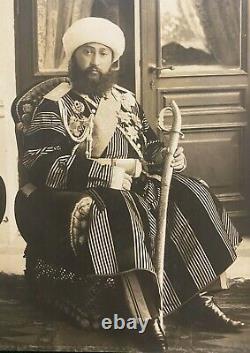 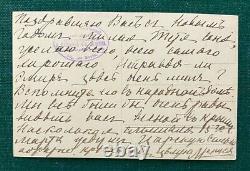 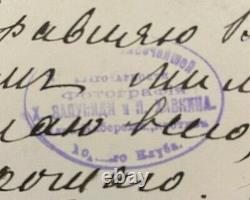 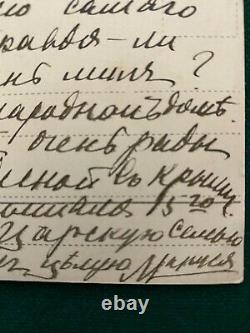 We believe in offering clients items that are unique and rare for aficionados of the antique and collector's world. Bibelot is a late nineteenth century word derived from the French word bel'beautiful', meaning a small item of beauty, curiosity or interest. The word ephemera is derived from the sixteenth century Greek word ephmera meaning a printed or hand written paper not meant to be retained for a long period of time. There is a message on the reverse in Russian from an unidentified member of the Imperial Russian Court of Tsar Nicholas II in the Crimea. My dear Aunt Sonya, I congratulate you on the New Year, I wish you all the best. Is not the Emir very nice here?

Remember him in the People's House. We would all be very glad to see you in the spring in the Crimea. I kiss you warmly, Marusya.

Although Bukhara was a protectorate of the Russian Empire from 1873, the Emir presided over the internal affairs of his emirate as absolute monarch and reigned from 3 January 1911 to 30 August 1920. At the age of thirteen, Alim Khan was sent by his father Emir Abdulahad Khan to St Petersburg for three years to study government and modern military techniques.

After two years in Bukhara assisting in his father's administration, he was appointed governor of Nasef region for the next twelve years. He was then transferred to the northern province of Karmana, which he ruled for another two years, until receiving word in 1910 of his father's death. Alim Khan's rule began with promise.

The conflict between the traditionalists and the reformists ended with the traditionalists in control, and the reformers in exile in Moscow or Kazan. It is thought that Alim Khan, who initially favored modernization and the reformists, realised that their eventual goals included no place for either him or his descendants as rulers. Like his predecessors, Alim Khan was a traditional ruler. He toyed with the idea of reform as a tool to keep the clergy in line, and only as long as he saw the possibility of using it to strengthen Manghud rule.

Alim Khan was the only Manghud ruler to add the title of Caliph to his name, and was the last direct descendant of the Manghit dynasty to serve as a national ruler. In March 1918 activists of the Young Bukharan Movement (Yosh Buxoroliklar) informed the Bolsheviks that the Bukharians were ready for the revolution and that the people were awaiting liberation.

The Red Army marched to the gates of Bukhara and demanded that the emir surrender the city to the Young Bukharans. As Russian sources report, the emir responded by killing the Bolshevik delegation, along with several hundred Russian supporters of the Bolsheviks in Bukhara and the surrounding territories. The majority of Bukharans did not support an invasion and the ill-equipped and ill-disciplined Bolshevik army fled back to the Soviet stronghold at Tashkent. However, the emir had won only a temporary respite. As the civil war in Russia wound down, Moscow sent reinforcements to Central Asia. On 2 September 1920, an army of well-disciplined and well equipped Red Army troops under the command of Bolshevik general Mikhail Frunze attacked the city. After four days of fighting, the Ark of Bukhara was destroyed, the red flag was raised from the top of Kalyan Minaret, and the Emir Alim Khan was forced to flee to his base at Dushanbe (in present-day Tajikistan), and finally to Kabul, Afghanistan, where he died in 1944.

He is buried at the Shuadoi Solehin cemetery. Size: 9 x 13.5 cm approx. Photos form part of the description. This item is in the category "Collectables\Autographs\Uncertified Originals\Historical". The seller is "bibelotslondon" and is located in this country: GB.