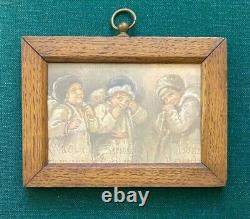 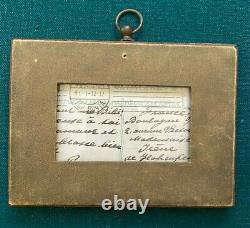 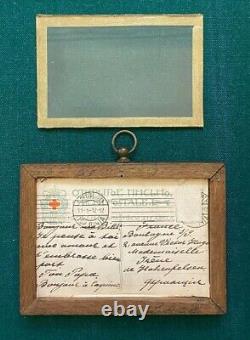 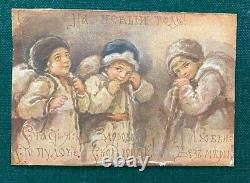 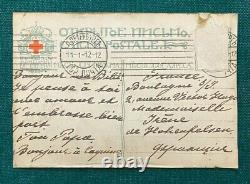 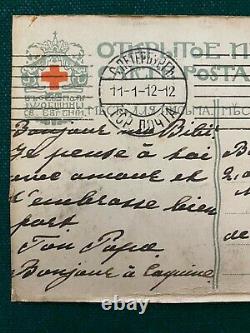 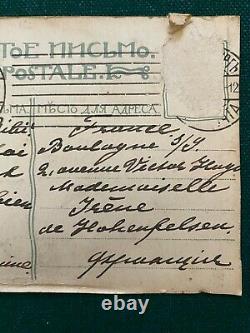 Bibelot is a late nineteenth century word derived from the French word bel'beautiful', meaning a small item of beauty, curiosity or interest. The word ephemera is derived from the sixteenth century Greek word ephmera meaning a printed or hand written paper not meant to be retained for a long period of time. From the collection of Princess Irina's descendants.

Her parents had met in St. Petersburg in 1895, when Olga Karnovich was married to an officer, by whom she had three children. Grand Duke Paul already was the father of two; his first wife, Princess Alexandra of Greece, had died in childbirth. On 9 January 1897, Olga gave birth to a son, Vladimir, by Grand Duke Paul.

Olga was granted a divorce from her husband and soon left Russia to marry Paul in Livorna, Italy, on 10 October 1902. Grand Duke Paul and Olga were still vacationing in Rome when they were forbidden to return to Russia by Paul's nephew, the reigning Tsar Nicholas II. Their daughter Irina was born on 21 December 1903.

In 1904, Grand Duke Paul arranged through Prince Regent Leopold of Bavaria for his wife and their children to be granted the hereditary title of Count/Countess von Hohenfelsen, with a coat of arms. They settled in Paris and bought a house in Boulogne-sur-Seine that previously belonged to Princess Zenaide Ivanovna Youssoupoff. It was there that Natalia was born in 1905, completing their family. Paul and Olga employed a household staff of sixteen maids, gardeners, cooks, and tutors and were avid art and old porcelain collectors.

Vladimir, Irina and Natalia had a happy and privileged upbringing and, for a time, were utterly protected from the outside world. He was followed later by his wife and their three children. In May 1914, the family settled in Tsarskoe Selo. In a luxurious palace filled with antiques and objects of art.

In Russia, Natalia became close to her maternal grandmother, her half-sisters and half-brothers. Three months after they had settled into their new life, World War I. During the war, the German title of Count/Countess von Hohenfelsen was deemed inappropriate due to anti German sentiment. So in August 1915, Nicholas II created the title of Prince and Princess Paley. This was the name by which Natalia, her full siblings and their mother would be known from then on.

In the same month, Natalia's brother, Prince Vladimir Paley. Though he was in poor health, Natalia's father, Grand Duke Paul, ignoring his doctor's advice, left to take command of a Guards regiment in 1916. At the fall of the Russian monarchy in March 1917, instead of leaving the country, Grand Duke Paul and his wife, not seeing the dangers ahead, decided to stay in their luxurious estate amid the upheaval.

As Tsar Nicholas II and his family were sent to internal exile in Siberia. Natalia and her family remained in their palace under increasingly deteriorating conditions after the Bolsheviks rise to power in October 1917. By early January 1918, they could no longer afford to heat their large Tsarkoe Selo palace, and they were forced to move to an English dacha at Tsarkoe Selo that belonged to Grand Duke Boris Alexandrovich. Their former home was expropriated and turned into a museum, while Lenin.

Himself rode in their car. In March 1918, the revolution tightened its grip.

All male members of the Romanov family, including Natalia's brother Vladimir, were ordered to register at Cheka headquarters, and shortly after they were sent away into internal Russian exile. They never saw Vladimir again.

He was murdered by the Bolsheviks, along with several other Romanov relatives, on 18 July 1918, one day after the murder of the Tsar and his family. Grand Duke Paul, who was too ill to travel, initially escaped the fate of his son. He was arrested on 30 July and sent to Spalernaia prison, where he would remain for most of his incarceration. In desperation, Olga left her two youngest daughters, Irina and Natalia, aged 14 and 12, under the care of their English governess, moving with her daughter Marianne Pistolkers to be closer to her husband's prison. Irina and Natalia, accompanied by their governess, were allowed to pay two visits to their father. The sisters lived alone with the servants until October, when Grand Duke Boris's dacha was expropriated, and the sisters were evicted.

Natalia and Irina were forced to move to Petrograd. With their mother and their half-sister, Marianne. Worried about her daughters, Olga, with the help of a few remaining friends, organised Irina and Natalia' escape. In early December, the girls left their mother and took a streetcar to the train station of Ochta.

After a four-hour trip in a cattle wagon, they jumped into the snow and took a horse-drawn sleigh. Finally, they walked for miles in the frigid night air. After thirty-two hours of traveling, they reached. On arriving there, they continued their journey to Vyborg.

Taken to a sanatorium in Ranha, they anxiously awaited their parents' arrival. Their father never made it. Grand Duke Paul was killed in January 1919, and tossed into a heap along with the bodies of other victims. The following month, Princess Olga joined her daughters in Finland. Size of Postcard: 13 x 9 cm approx. Size of Frame : 15 x 11 cm approx. Photos form part of the description. This item is in the category "Collectables\Autographs\Uncertified Originals\Historical".