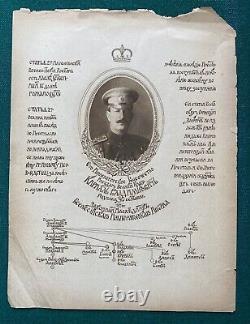 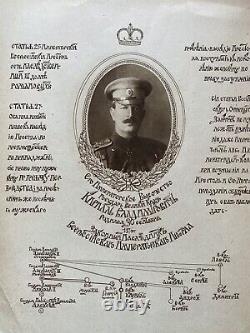 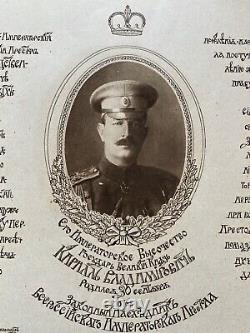 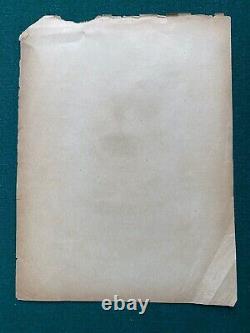 Our inventory is listed online, and we strive to keep our website completely up to date, so our customers can easily check availability. We believe in offering clients items that are unique and rare for aficionados of the antique and collector's world. Bibelot is a late nineteenth century word derived from the French word bel'beautiful', meaning a small item of beauty, curiosity or interest. The word ephemera is derived from the sixteenth century Greek word ephmera meaning a printed or hand written paper not meant to be retained for a long period of time. He was a son of Grand Duke Vladimir Alexandrovich of Russia, a grandson of Emperor Alexander II and a first cousin of Nicholas II, Russia's last Tsar. Grand Duke Kirill followed a career in the Russian navy serving during twenty years in the Naval Guards. He took part in the Russo-Japanese War, barely surviving the sinking of the battleship Petropavlovsk at Port Arthur in April 1904. In 1905, he married his paternal first cousin, Princess Victoria Melita of Saxe-Coburg and Gotha. They wed in defiance of Tsar Nicholas II prohibition. In retaliation, the Tsar stripped Kirill of his offices and honors, also initially banishing the couple from Russia. They had two daughters and settled in Paris before being allowed to visit Russia in 1909. In 1910 they moved to Russia, where Nicholas II recognized their marriage.

During World War I, he was appointed Commander of the Naval Depot of the Guards in 1915 and in 1916, he achieved the rank of rear Admiral in the Imperial Navy. During the February Revolution of 1917, Kirill marched to the Tauride Palace at the head of the Naval Guards swearing allegiance to the Russian Provisional Government.

During the rule of the provisional governmental in the summer 1917, Kirill escaped to Finland where his wife gave birth to the couple's only son. In exile they lived for some years among his wife's relatives in Germany, and from the late 1920s on an estate they bought in Saint-Briac. With the execution of his cousins Tsar Nicholas II and Grand Duke Michael, Kirill assumed the Headship of the Imperial Family of Russia and, as next in line to the throne as the Guardian of the Throne in 1924. Kirill proclaimed himself emperor in exile in 1926.

He worked for the restoration of the monarchy from exile for the rest of his life, but his claims were contested by some factions of the monarchy movement in a division that subsists until today. He wrote a book of memoirs, My Life in Russia's Service, published after his death.

His granddaughter, Grand Duchess Maria Vladimirovna, is the current claimant to the headship of the House of Romanov. Size: 18 x 23.5 cm approx.