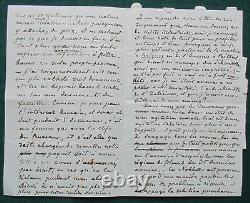 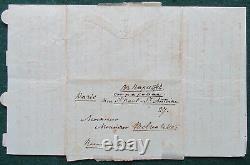 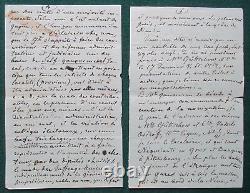 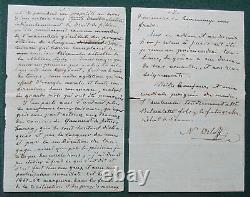 Bibelotslondon Ltd is a UK registered company based in London Bridge dealing in ephemera and curiosities from Britain and around the world. Our diverse inventory is carefully chosen and constantly evolving. We work very hard to offer the highest quality works at competitive prices. Our inventory is listed online, and we strive to keep our website completely up to date, so our customers can easily check availability. We believe in offering clients items that are unique and rare for aficionados of the antique and collector's world. Bibelot is a late nineteenth century word derived from the French word bel'beautiful', meaning a small item of beauty, curiosity or interest. The word ephemera is derived from the sixteenth century Greek word ephmera meaning a printed or hand written paper not meant to be retained for a long period of time.

19 March 1862 at 1h St Petersburg 1/13 March 1862 R. He had just resigned from his post at the Management Board! But since you deem them important, and not knowing what I was to do, all the more so since you make me wait for the next appearance in Petersburg in your person, I put your documents into a sealed letter, and placed them in the box with all my family documents. Sorry that I could not do more to be of service to you. Why do I no longer hear talk of neither the brick machine nor the concrete man, who had sent me some samples as well as a printed xxx, who did not do it, which greatly bothered me, since I had avowed to speak of it to Mr Troinitzki, the Assistant to the Ministry of the Interior, and since I had to cement to the best of my ability?

However, I paid them to Mr Gütt. 1862, on presentation of your ticket to [o.], that I currently hold in my possession. With this, goodbye and farewell.

If I come to Paris this summer I will advise you. Please continue to send me your news. A thousand greetings and a warm handshake.

All my love to Mr Belaclette Junior, the future Marshal of France. Orlov He first adopted a military career, and was seriously wounded in the Crimean War. As a publicist he stood in the forefront of reform. His articles on corporal punishment, which appeared in Russkaya Starina in 1881, brought about its abolition.

He also advocated tolerance towards the dissenters. The reform effectively abolished serfdom throughout the Russian Empire. The 1861 Emancipation Manifesto proclaimed the emancipation of the serfs on private estates and of the domestic (household) serfs. By this edict more than 23 million people received their liberty.

Serfs gained the full rights of free citizens, including rights to marry without having to gain consent, to own property and to own a business. Household serfs were the least affected: they gained only their freedom and no land. The serfs were emancipated in 1861, following a speech given by Tsar Alexander II on 30th March 1856. The serfs living on Imperial lands, were emancipated later in 1866.

Size: 20.5 x 13 cm approx. Photos form part of the description. This item is in the category "Collectables\Autographs\Uncertified Originals\Historical". The seller is "bibelotslondon" and is located in this country: GB.