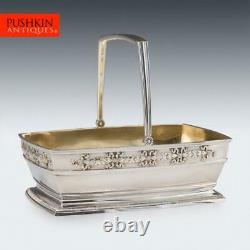 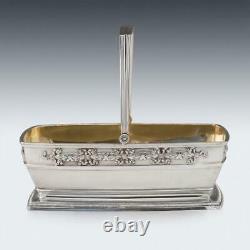 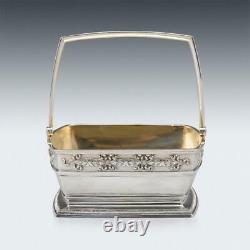 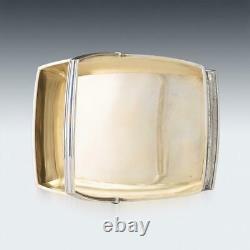 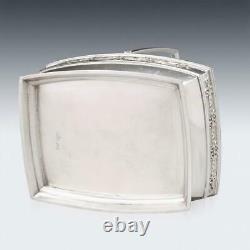 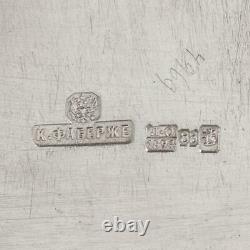 The history of Fabergé in Russian:??????? Begins in France back in 1685 when, due to the revocation of the Edict of Nantes the family had to leave the country to escape the prosecution against Huguenots and moved to Pernau, in the Baltic province of Livonia (now Estonia). Over the years the family name changed from Favri, to Fabrier and finally became Fabergé. Gustav Faberge, born in 1814, moved to St. Petersburg where he was apprenticed to Andreas Spiegel, a goldsmith specialised in gold boxes.

In the late 1820s we find him working for Keibel, goldsmith to the Imperial family. In 1842 Gustav opens his own shop in Bolshaya Morskaya, an elegant street of St. His son Peter Carl was born in 1846. After his first studies, he left St. Petersburg to travel to Europe where he met the greatest goldsmiths and visited the most important museums and collections, learning techniques and styles. In 1870 he was back in St. Petersburg and took over the company after his father's retirement. In 1882 his younger brother Agathon joined the firm. The following year Peter Carl received a royal warrant from Alexander III.

In 1886 Michael Perkhin was appointed head workmaster: under his direction the most popular Fabergé themes were introduced: eggs, animals, flowers, objects of vertu in hard stones and precious metals. It's the beginning of the richest and most creative period in the firm's oeuvre. In 1885 the Czar Alexander III commissioned Fabergé an Easter Egg for his wife and gave birth to a legendary tradition that lasted until 1917. The Imperial eggs made by Fabergé are 50 in total. The extension of Fabergé's reputation corresponded to the extension of the business and the opening of new branches in Moscow (1887), Odessa (1890) and Kiev (1905).

In 1900 Peter Carl Fabergé participated to the Exposition Universelle in Paris where he was acclaimed'Master' and appointed Knight of the Legion of Honour. Agathon died in 1895 and Perkhin in 1903, succeeded by Henrik Wigstrom as head workmaster. In 1906 the firm opened a retail shop in London Mayfair, at 48 Dover Street. The outbreak of Russian Revolution in 1917 forced Fabergé to escape from Russia with his family, where his company was taken over by the revolutionary committee and nationalised. Peter Carl died in Switzerland in 1920.

Two of his four sons, Alexander and Eugéne, settled in Paris and in 1924 they founded Fabergé & Cie. The company retailed artworks in the Fabergé style with mark'Fabergé, Paris' to distinguish them from the ones created in Russia before the Revolution. Fabergé has always been synonym of opulence and finest quality. The combination of precious materials and supreme craftsmanship applies both to non-utilitarian objects such as eggs, miniature animals and flowers and practical utility items.

Nowadays some of the famous Easter Eggs and decorative objects made between 1885 and 1917 are displayed in the most important international museums, treasured by collectors and sought after at auctions. In Great Condition - No Damage. All items are cleaned and inspected before being dispatched, we use only the best packing materials to insure your item reaches you safely and discreetly. Get Supersized Images & Free Image Hosting.

Create your brand with Auctiva's. Attention Sellers - Get Templates Image Hosting, Scheduling at Auctiva. This item is in the category "Antiques\Silver\Solid Silver\Bowls".antiques" and is located in this country: GB.