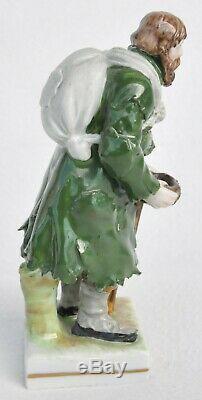 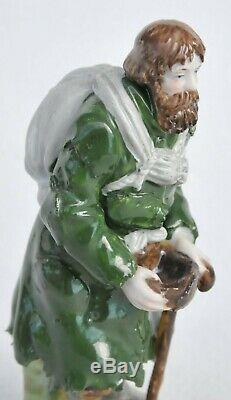 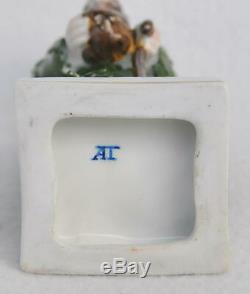 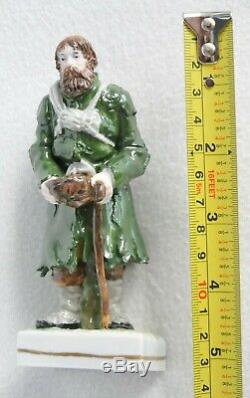 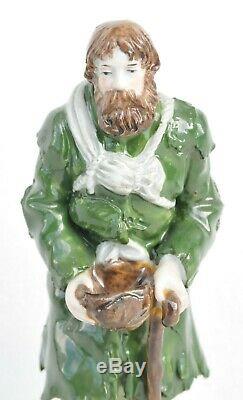 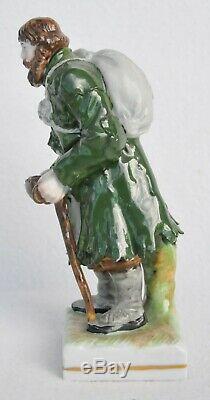 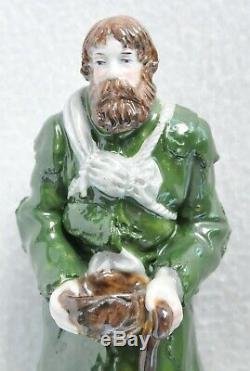 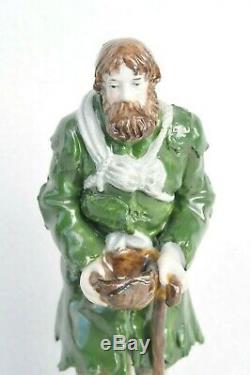 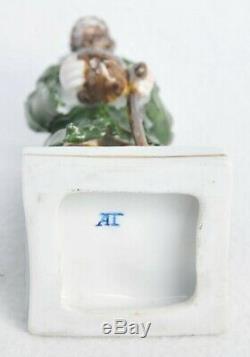 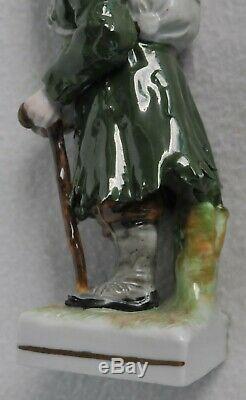 Extremely Collectible and Very Rare. Russian Imperial Porcelain, city of Moscow - Popov. Dimensions items in mm Measures. 135 mm in Height & 60 mm width & 55 mm Depth (watch the photos). May have some minor scratches. Realistically modeled, depicting a Old man of a peasant country man in traditional poor man costume. Marked on the back of the tree-trunk with blue under glaze Cyrillic monogram'AP. In 1804, at Gorbunovo, another village in Dmitrovsky district, Moscow province, a porcelain factory was founded that in 1811 came into the hands of the Moscow merchant Alexei Popov. The products of this factory, created in the best traditions of European porcelain, occupy an honorable place in the history of Russian ceramics and at the same time have their own unique features - a bright and broad palette of colors, careful treatment of the details and a special composition of the porcelain paste. Among the best items made in the Popov factory are dishes and vases in which a colored coating is combined with gold ornament and rich polychrome painting, and also the services with relief decoration and miniature sculptures.

In the first quarter of the 19th century this area became a major center of Russian porcelain production. The local enterprises imitated the products of the leading Gardner and Popov factories, but the quality of their output varied. The Gzhel items were united by an astonishing originality determined by their affinity to folk art. Pictures are part of Description. RARE RUSSIAN IMPERIAL PORCELAIN FIGURINE POPOV ENAMEL CERAMIC GIRL STATUE" is in sale since Thursday, May 11, 2017. This item is in the category "Antiques\Decorative Arts\Ceramics & Porcelain\Figurines".